Low Sperm Count and Getting Pregnant

Low sperm count (medically known as oligospermia) is a very common cause of subfertility or infertility in couples.  In fact problems with sperm number or quality contribute to around half all fertility problems. The good news is that low sperm count does not necessarily prevent pregnancy from occurring and there is a lot you can do to improve your chances of getting pregnant.

Low sperm count – what is it?

Low sperm count means that the number of sperm in a man’s semen is below the threshold of what is considered normal. Sperm motility (their ability to move) and sperm morphology (their form or shape) may also be affected. 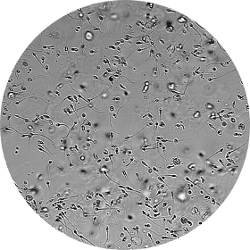 Sperm count is determined through a test called a semen analysis.  It is usually the first test your doctor will request (after taking your clinical history and possibly carrying out a physical exam). Semen refers to the fluid that is released from the penis when a man ejaculates. It is made up of fluids from several glands (mainly the prostate and seminal vesicles) and sperm. Surprisingly, sperm make up only 5% of the total semen volume!

What is a ‘normal’ sperm count?

The semen parameters that are usually tested during a semen analysis are listed below, along with the values that are considered ‘normal’.

* These ‘normal values’ reflect the lower reference limit adopted by the 5th edition of the WHO Laboratory manual for the Examination and Processing of Human Semen (ie. 5th percentile lower reference limit obtained from a population of approximately 2000 fertile men whose partners had a time-to-pregnancy of 12 months or less).

It’s important to remember, that there can be wide fluctuations in these values from day to day, so it is important to get 2-3 samples tested before a low sperm count is diagnosed.

Low sperm count – how low is too low?

Sperm counts vary considerably between individuals and unfortunately its impossible to say for certain whether or not a particular sperm count will assure fertility or infertility. If however, there is a complete absence of sperm in the semen (a condition known as azoospermia), natural conception will be impossible and this will require investigation through a fertility clinic.

The quality of  sperm is often more important than the quantity. For example, small numbers of excellent quality sperm may provide a better chance of conception than large numbers of poor quality sperm.

In the Fertility Focus clinic, we have seen couples conceive naturally with a sperm count as low as 2 – 5 million per ml and research has shown that even in cases where sperm count is less than 2 million/ml, there is still a chance of natural conception.

There are many things you can do to improve sperm quality and boost fertility:

Learning the fertility awareness method to determine your most fertile day or days as a couple each cycle, is key to enhancing your chances of conception. 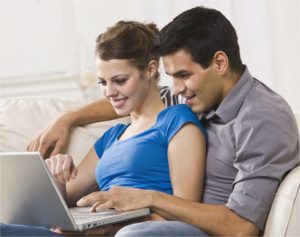 Cervical fluid produced by the female partner is absolutely critical for sperm transport and survival. Timing intercourse for the day(s) that the best quality cervical fluid is produced, will give sperm their greatest chance of survival and being able to swim towards the egg (1)(2).  Timing intercourse for these peak fertile days has also been shown to minimise the effect of lowered fertility due to male age (3).

The Fast Track to Pregnancy Program™ teaches you step by step,  how to use the empowering skills of fertility awareness and fertility charting to optimise your chances of conception with low sperm count.

Don’t ‘save up’ sperm

Contrary to popular belief, in the case of low sperm count, it is NOT advisable to abstain from intercourse for extended periods, to build up sperm numbers.

While it’s true that abstaining will increase semen volume and the number of sperm, research has revealed that in men with low sperm count and quality, FREQUENT ejaculation has a significant benefit, improving sperm motility and sperm morphology, while reducing levels of DNA fragmentation. (4)(5)

In Step 3 of the Fast Track to Pregnancy Program™, you’ll learn the ‘Ultimate Sex Timing Strategy’  which discusses in detail how to time intercourse to optimise your chances of  getting pregnant with low sperm count.

A significant cause of male infertility is something called ‘free radical damage’. Free radicals are toxic metabolites produced by normal processes in our bodies.  However, they are also produced through exposure to certain environmental factors.  These highly reactive molecules damage cells, and an excess of free radicals in semen is also responsible for damaging sperm, which can lead to infertility and miscarriage.

Excess free radicals can be caused by poor diet, tobacco and alcohol consumption, illness and stress. They can also be caused by exposure to pollutants and chemicals in the environment.

Below are some tips on what you can do to fight free radical damage and improve the health of your sperm:

7 Tips to Improve your Sperm

2. Take a targeted multivitamin. If you have reduced sperm count or sperm quality, a specially formulated fertility multivitamin may help. The key vitamins and minerals that are important for healthy sperm production are: Vitamin C, Vitamin E, Zinc, Selenium, Folic Acid, L-Carnitine, CoQ10 and Glutathione.

3. Ditch the cigarettes! Smoking causes free radical damage to sperm DNA and lowers sperm quality. Men who smoke are four times as likely to have children who develop childhood cancer. Smoking marijuana is also thought to affect sperm health. Remember, it takes about 72 days for sperm to fully form, so even after you cease smoking, it may take several months for the effects to be reversed.

4. Reduce alcohol intake.  Alcohol is a testicular toxin and affects sperm production and sexual function in men. Research suggests that alcohol should be limited to 5 standard drinks or less a week (one standard drink equates to a 330ml can or bottle of beer, a 100ml glass of wine or 30ml of straight spirits).  Check out this blog article for more information.

5. Avoid hot baths and spas. Heat is bad for sperm production (that is why the testicles hang outside the body!). You may like to try wearing boxers instead of tight underpants.

6. Maintain a healthy BMI. Being overweight can reduce sperm count, particularly if excess fat leads to an increased temperature around the testicles. Keeping BMI within a normal range is advisable.

7. Avoid environmental toxins and pollutants. Organic solvents, pesticides, lead, toxic fumes, phthalates and other chemicals are suspected in lowering male fertility, so it is advisable to reduce exposure to these toxins where possible and wear protective clothing when necessary.

(and the scientifically proven solutions to boost your pregnancy chances immediately!)